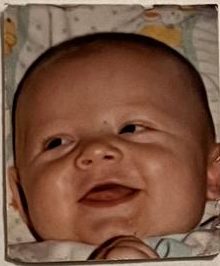 My favorite quote from today’s guest, Ninette, is perhaps the best line ever uttered on the podcast. When describing grief, Ninette said, “It’s a long journey, you know. Bring some snacks.” Truer words have never been said. Grief is a long journey.
If anyone understands just how long the grief journey is, Ninette would. Ninette lost her infant son, Erick, 30 years ago now. Her grief journey started out like many of ours did – Ninette started seeing a therapist. Unfortunately, her therapist knew next to nothing about grief and child loss. In fact, every time Ninette tried to talk about Erick and her loss, the therapist would change the subject. She wanted Ninette to talk about her distant past and not her recent loss. The therapist was a young mother herself, and the idea of child loss was not something she could handle discussing.
Now, at this point, I would imagine most of us would either decide to find a new therapist or be turned off on the idea of therapy altogether. Ninette, however, did something else entirely. Ninette took her therapist out to lunch and asked her how she could go to school and become a therapist herself. She knew that grieving people needed help, and she decided that she was one who could provide grieving people with the help they needed.
Now, thirty years later, Ninette specializes in helping grieving people, especially grieving parents. She has walked alongside hundreds upon hundreds of patients over the years. Her wisdom simply blows me away. I know that there are listeners out there who read my description before deciding to listen to a particular episode. They think about whether the guest might have a story that is somewhat similar to their own before deciding whether to listen. Today, I urge anyone who reads this to listen to the full episode. When it comes to grief, Ninette is one of the wisest individuals that I have ever had the pleasure to know. We all have so much that we can learn from her.